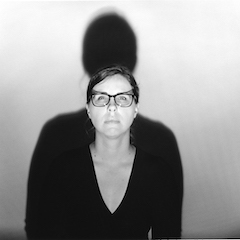 Violinist Cara Tweed’s playing has been described as “dazzling”, “captivating” and finding “nuance and character in every part of the phrase”. As a musician, she embraces the classical canon but eagerly explores new music that spans a variety of genres. Cara is a founding member of the Cleveland based chamber groups No Exit and the Almeda Trio and has performed in concert halls throughout the United States and abroad.

Cara was the principal second violinist of the Opera Cleveland Orchestra from 2004-2010 and has been a member of The Canton Symphony, City Music Cleveland, red (an orchestra) and the Spoleto USA festival orchestra. She has performed as a violin soloist with The Cleveland Philharmonic, Cleveland State University Orchestra, The Marion Philharmonic and Cleveland’s Suburban Symphony.

An avid educator, Cara has maintained a private violin studio for over ten years. She has been on the faculty of Cleveland State University, The Aurora School of Music and The Music Settlement. Currently, Cara teaches at Laurel School in Shaker Heights, where she directs their Music Academy. Cara also enjoys conducting and coaching chamber music and has given Master Classes throughout the United States.