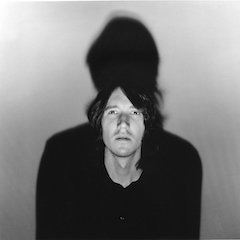 James Praznik is a composer, conductor, and pianist whose work has garnered acclaim among his peers as well as audiences. As a composer of highly expressive music, James has composed music for concerts, stage productions and commercial videogames. He has participated in the Interlochen Composer’s Institute and the Cleveland State Composer’s Recording Institute, and received honors such as the University of Akron Outstanding Composer Award on two occasions the University of Akron Outstanding Pianist Award, and the Bain Murray Award for Music.

James has been a guest composer, arranger, pianist and conductor for the “Monsterpianos!” concerts in Akron, Ohio, and through the Cleveland Contemporary Players workshops he received recordings of his pieces made by some of today’s leading virtuosi. He has been commissioned by the new music ensemble “No Exit”, and NASA in conjunction with the Cleveland Ingenuity Festival. His music has been performed at E.J. Thomas Hall, Cleveland State University, The University of Akron, The Cleveland Museum of Contemporary Art, The Cleveland Ingenuity Festival, Brandeis University and Wellesley College. As a pianist and a proponent of other composers’ music, James has performed on The Ohio State University new music concerts, the Kentucky New Music Festival electro‐acoustic concerts, and as a member of the Akron New Music Ensemble. He is an associate director of “No Exit”, a Cleveland based new music ensemble, and is an original member of “Duo Approximate”, a group that performs live soundtracks to silent films. Recently James created sound effects for the film “Shockwaves” by media artist Kasumi.