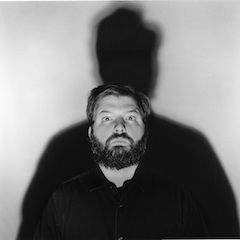 Percussionist Luke Rinderknecht has performed as percussion soloist with The Cleveland Orchestra (Paul Creston’s Concerto for Marimba), CityMusic Cleveland (Avner Dorman’s Uzu and Muzu from Kakaruzu and the Cleveland Youth Wind Symphony (James Basta’s Concerto for Marimba). Equally at home in chamber music and orchestral settings, he has premiered dozens of new works with the New Juilliard Ensemble, Metropolis Ensemble, and in recital. He was recently appointed principal percussion of CityMusic and is excited to join No Exit, Cleveland’s new music ensemble. Last season he appeared with Alarm Will Sound, Ensemble ACJW, Metropolis Ensemble, Glank, the Cleveland Orchestra, the Buffalo Philharmonic Orchestra, and the West Virginia Symphony. In previous seasons he has also appeared with the Metropolitan Opera, Qatar Philharmonic, Dirty Projectors, Festival Chamber Music, St.Luke’s Chamber Orchestra, Virginia Symphony, and in the pit of Broadway’s Legally Blonde.

He can be heard with The Buffalo Philharmonic Orchestra on their double Grammy award-winning recording of John Corigliano’s Mr.Tambourine Man, as well as with The Knights on three albums from Sony Classical. He completed a Bachelor and Master of Music degrees at Juilliard, where he studied with Daniel Druckman, Gordon Gottlieb, and Greg Zuber, and received the Peter Rennin Prize for outstanding achievement and leadership in music. In the summers he is a faculty artist at the Bowdoin International Music Festival in Brunswick, Maine, and has also performed at the Marlboro, Castletown, Verbier, Barbican Blaze, BBC Proms, and Seoul Drum festivals. Luke grew up in Shaker Heights and is delighted to call the Lomond neighborhood home once again. 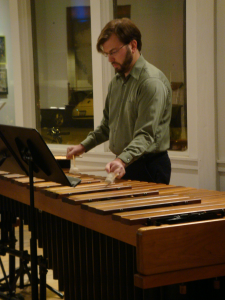