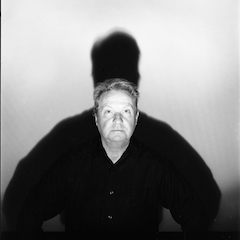 Flutist, Sean Gabriel earned performance degrees from the Baldwin Wallace Conservatory of Music and the Indiana University School of Music, his principal teachers being William Hebert and James Pellerite. Sean began his performing career in the 1980s with the Ohio Chamber Orchestra and Cleveland Ballet Orchestra. Currently, Mr.Gabriel is the principal flutist of the Blue Water Chamber Orchestra and the Cleveland Chamber Symphony, Cleveland’s award-winning new music ensemble. With this group he has taken part in dozens of world premiere performances and recordings including a Grammy Award-winning recording of Olivier Messiaen’s Oiseaux Exotiques featuring pianist, Angelin Chang. Mr.Gabriel has been a member of the Erie Philharmonic Orchestra of Pennsylvania for two decades and was the principal flutist of the Opera Cleveland Orchestra from 2002 to 2010. He has also been a member of the Akron Symphony and performs regularly with the Bach Festival Chamber Orchestra of Baldwin Wallace University.

Sean Gabriel serves on the music faculties of Baldwin Wallace University and the Cleveland State University, where he is a frequent recitalist in both solo and chamber music programs. He enjoys bringing rarely heard repertoire to the concert stage and has been an eager supporter of local composers in premiering new works. Sean is proud to be a member of the No Exit ensemble, to further the promotion of new music in the Cleveland area and beyond. Sean’s strong interest in music history has led to his appointment on the advisory board of the Riemenschneider Bach Institute at Baldwin Wallage University where he has presented a series of recitals featuring the complete flute sonatas of J.S.Bach. Mr.Gabriel has also given lectures on music history at Cleveland-area high schools. 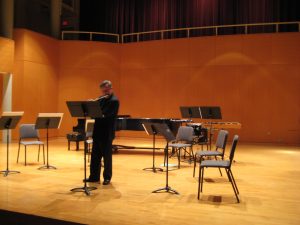