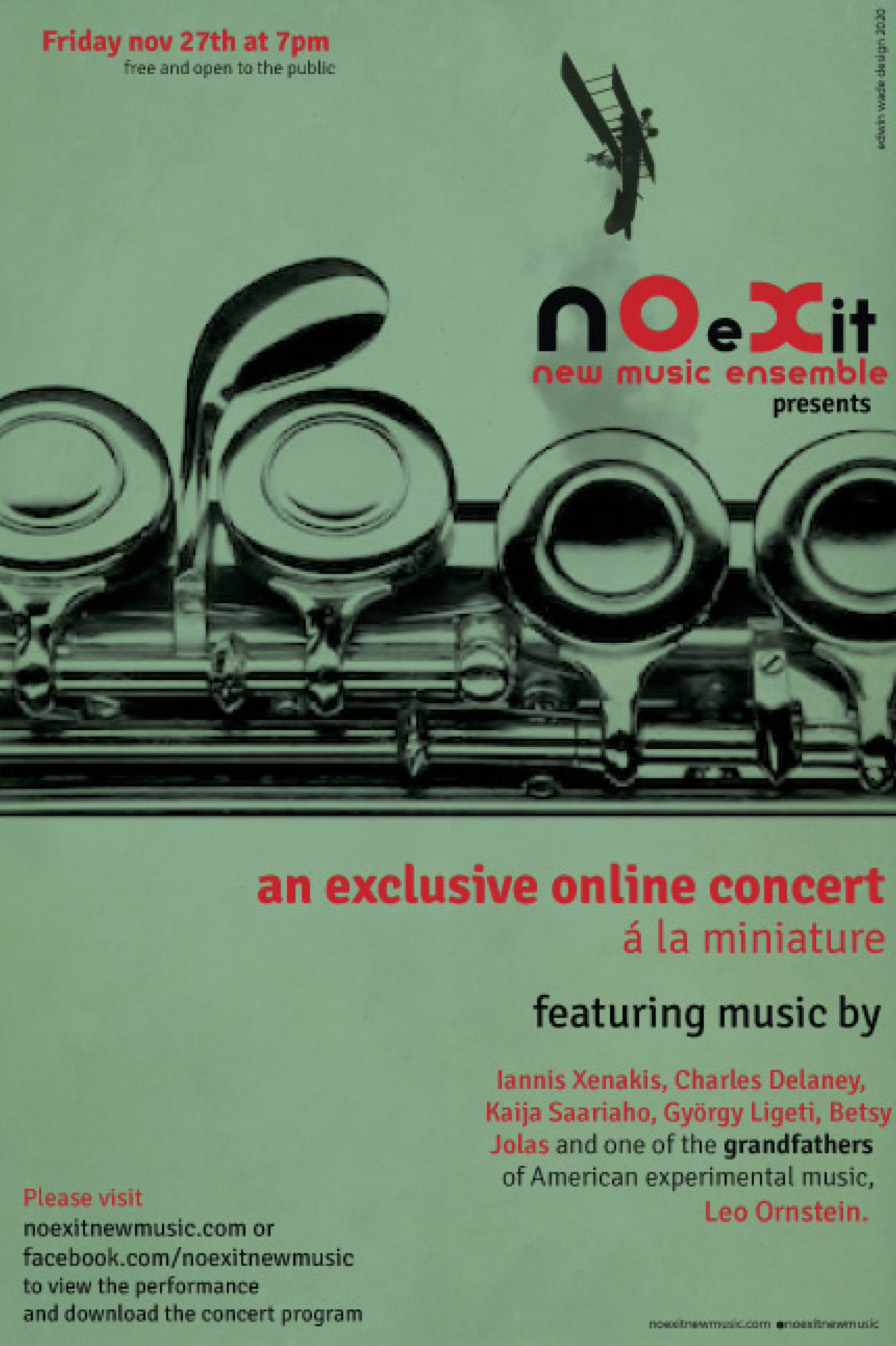 facebook.com/noexitnewmusic
CLICK HERE TO VIEW THE COMPLETE PROGRAM FOR THIS CONCERT

Be sure to join No Exit as they present a stirring and evocative online concert à la miniature. The program, about half the running time of a usual No Exit performance, will consist of short works, about 5 minutes or less in duration, showcasing music by some of the most pioneering composers of the last 100 years.

As always, the program is free and open to the public.

Suicide in an Airplane – Leo Ornstein