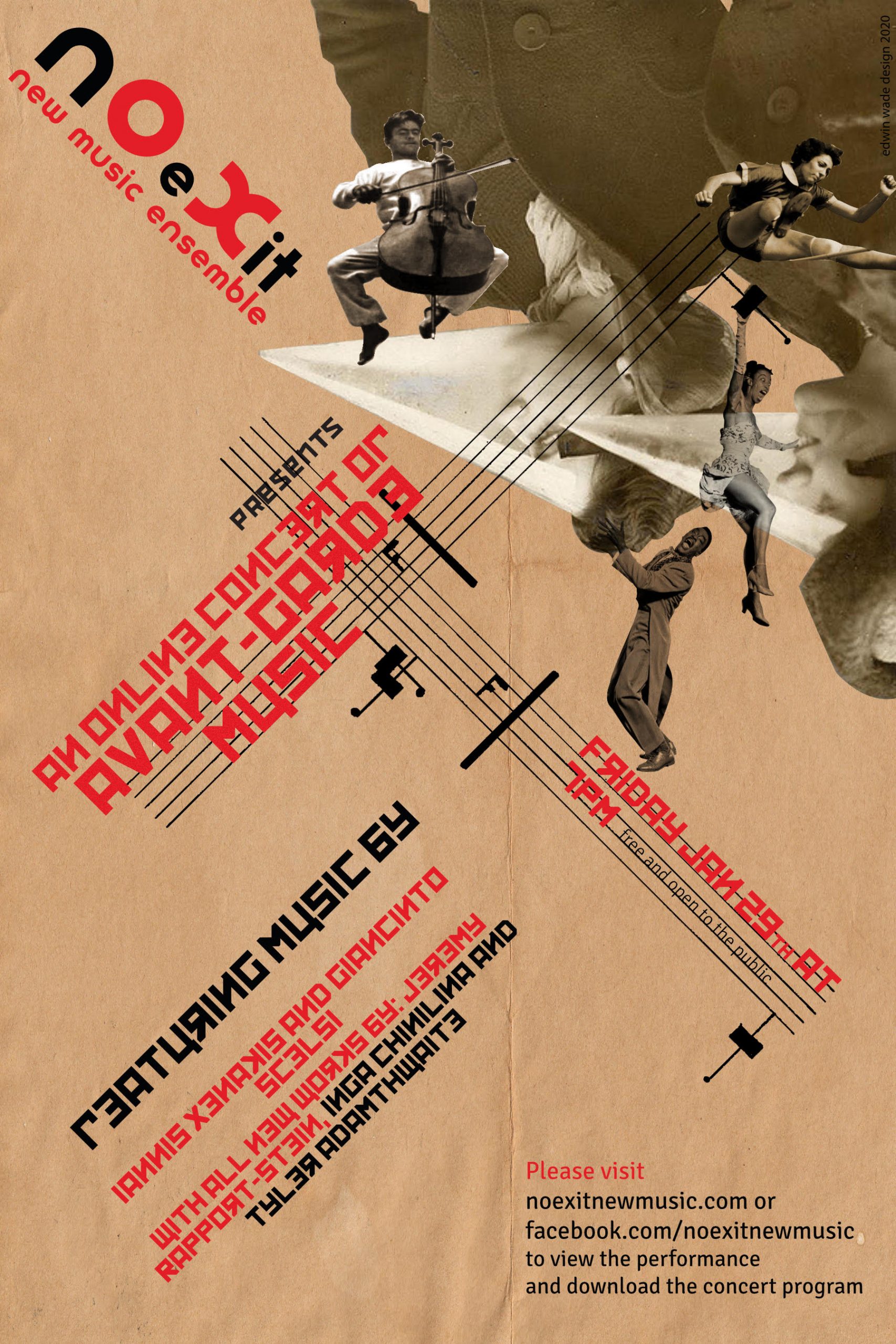 Listeners can find the link to the performance and also download the concert program by going to either noexitnewmusic.com or facebook.com/noexitnewmusic the night of the concert. As always, the event is free and open to the public.

Give Me a Second (World Premiere) – Inga Chinilina