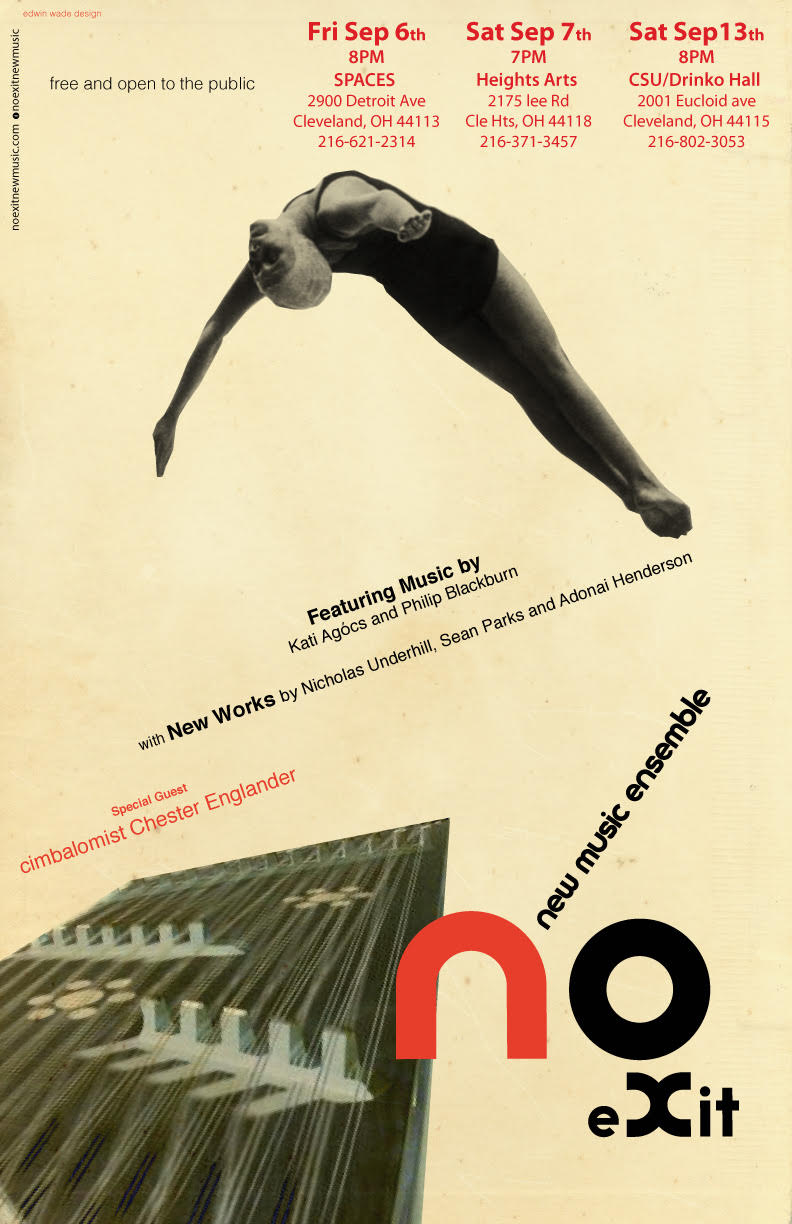 No Exit with Chester Englander at Heights Arts

Please join No Exit as they return to Heights Arts to kick off their 11th concert season with a program of truly singular and extraordinary sounds. Joining the ensemble will be renowned cimbalom artist Chester Englander, who along with No Exit’s Nick Diodore will be performing the deeply moving and utterly beautiful “Saint Elizabeth Bells” by Kati Agócs. Also featured on the program will be music by composer/environmental sound-artist Philip Blackburn. Philip is celebrated for his remarkable and imaginative creations and we are thrilled to performing his piece “Air”, written for piano and clarinet. Additionally, the program will give voice to three brand-new world premiere works, all by Cleveland area composers: Sean Parks, Adonai Henderson and Nicholas Underhill. This is a not-to-be-missed program of music! Free and open to the public.